We took the train from Ghent to Bruges (Ghent article here). It was a little over a half hour ride. The train going out on Saturday morning was exceedingly crowded, e.g. standing room only, literally. Coming back around 4pm same day, much more relaxed and plenty of seating.

This town had a different feel. It had the same medieval architecture, and it is absolutely beautiful, but it was more more crowded. It felt more commercialized than Ghent. I don’t mean that in a bad way. It had more bars, restaurants, and shops. This felt like most of the other popular European places we have visited.

We spent the day walking around and taking in the sights. Sort of a self guided tour, if you will:

A stunningly beautiful park. Their Spring was much further along than ours was in Stockholm: 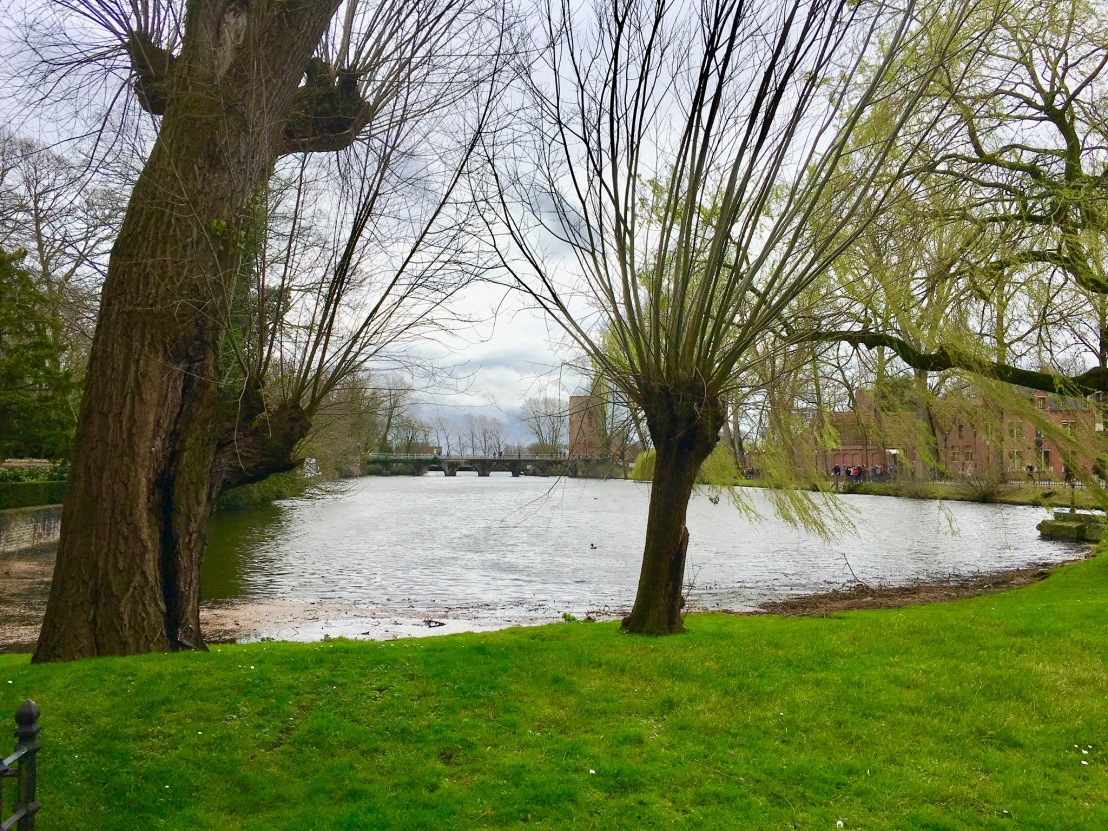 The Church of Our Lady (13th century) 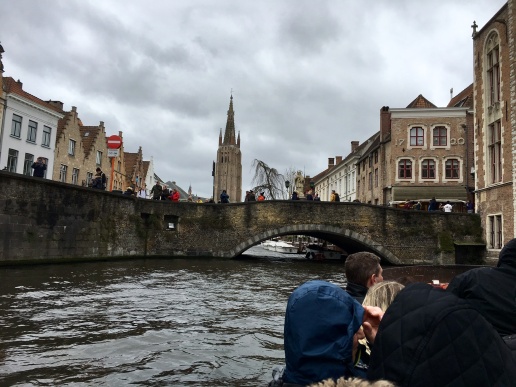 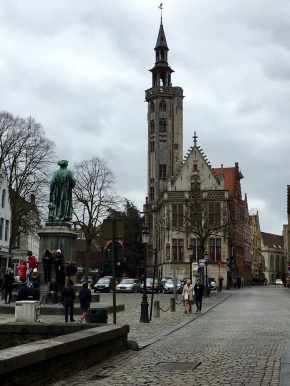 The Markt (Market Square) & Belfry Tower (Tower and most of market 13th century or older): 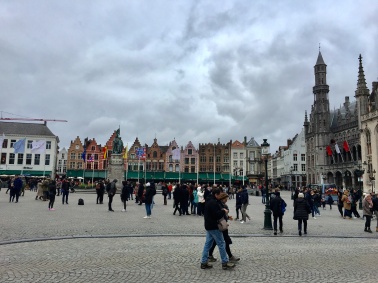 While in the square, we enjoyed some Belgium fries and some chocolate covered Belgium waffles on a stick!

Some live street music, which was pretty good, I must say. Check out that outrageous guitar thing! Imagine if Jimi Hendrix had played one of those! But seriously, it only has three strings and they’re so thick that she had to wear special pads on her fingers to press them. So sounds to me like some sort of bass instrument.

We visited Begijnhuisje (easy for you to say). This is a convent and it’s still active today but we didn’t see any nuns while we were there:

While we were in Bruges, we also had a boat ride around the canals: 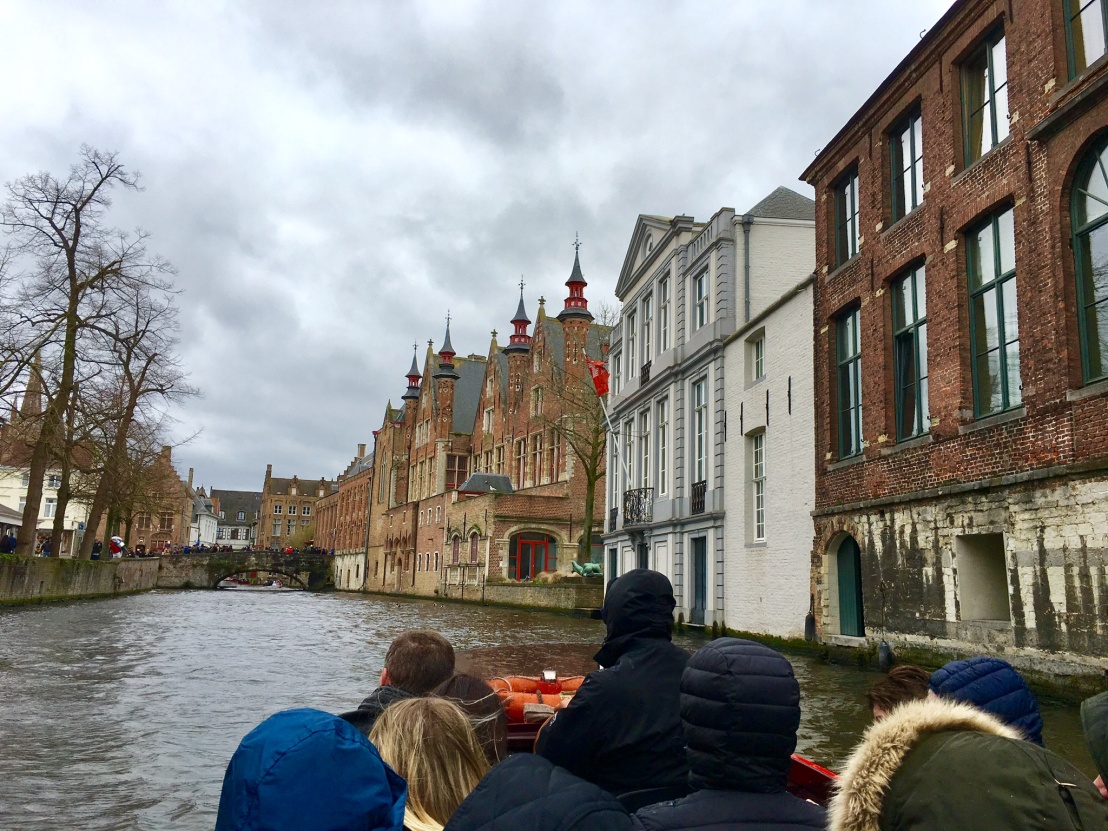 And later, we stumbled into a parade: 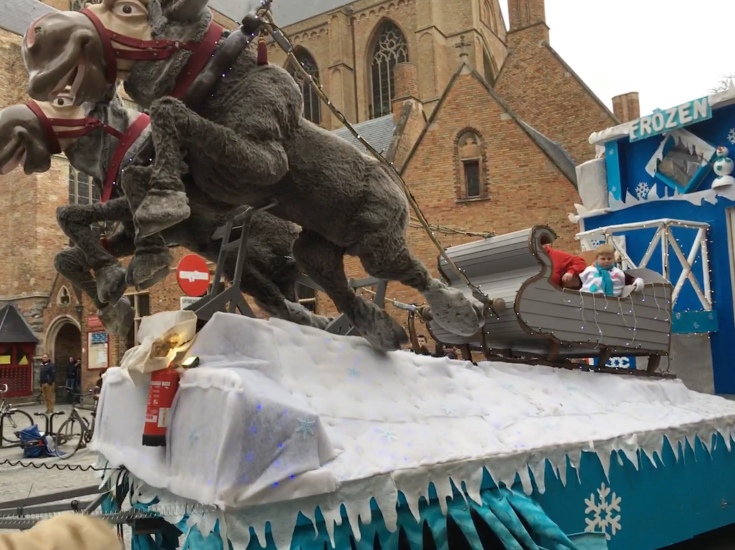 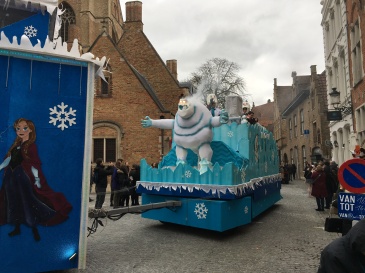 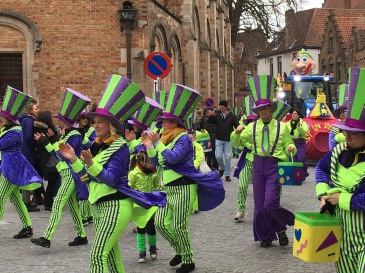 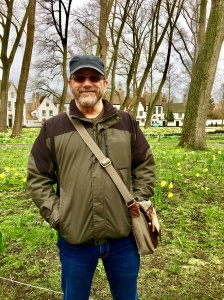 If you’re debating whether you should go to Ghent vs. Bruges, my advice is to do as we did and go to both of them. Otherwise, choose which venue suits your travel style better. The time warp back in time to the laidback medieval Ghent, or the fast paced big city feel and shopping of Bruges.

We had a great time on our first adventure of the year, and I hope you enjoyed tagging along with us! Next stop will be Vilnius, Lithuania this Easter. This is the only Baltic country we have yet to visit.