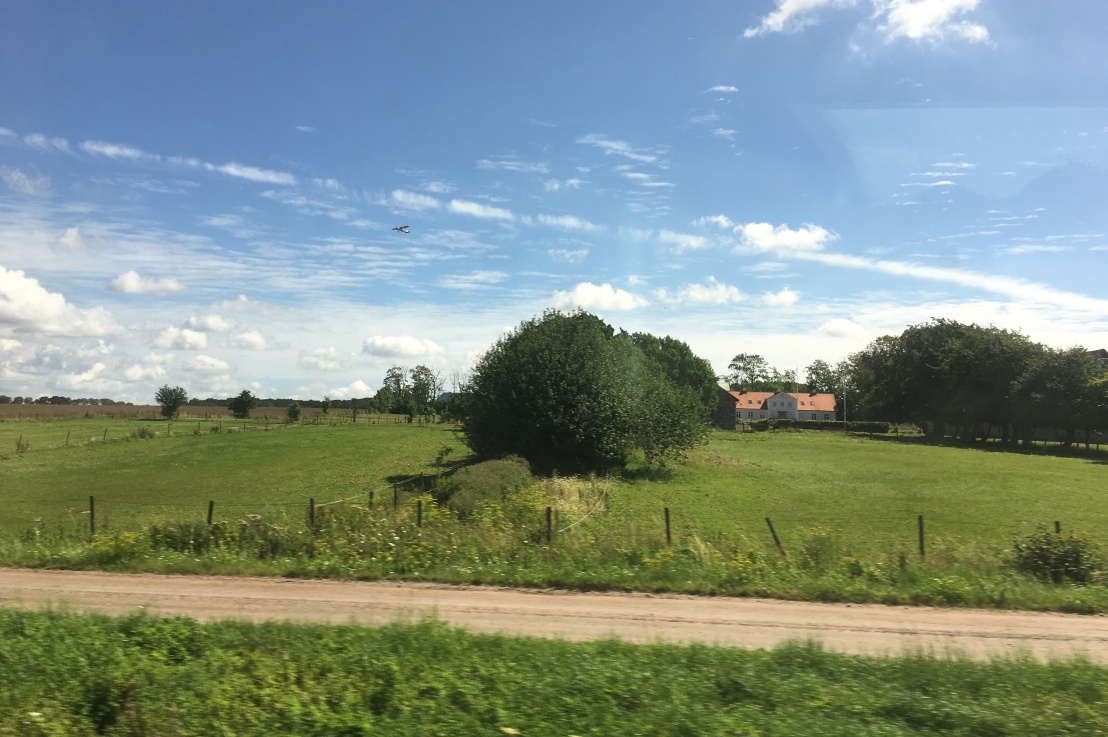 Train from Stockholm to Copenhagen

We got our round trip tickets online at sj.se for about 1200 kr each ($150). The train ride is around five hours each way. We left Stockholm Central Station on time, and arrived at Copenhagen Central Station a half hour late.

The seats were preassigned. The rows were two seats on each side. We all sat together in the same area. The seats, even though they did not recline, were very comfortable. And about as roomy as a first class ticket on a plane, though not as wide. There was ample storage overhead. Each seat had a large pull down table, and there were two power outlets in the center console.

There is, of course, a bathroom on each car. There was a bistro in car 5 that served snacks, sandwiches, and drinks, including beer and wine.

As you would expect, the scenery across southern Sweden is absolutely stunning. And keep in mind that these pictures were taken from the high speed train while zipping through the countryside. 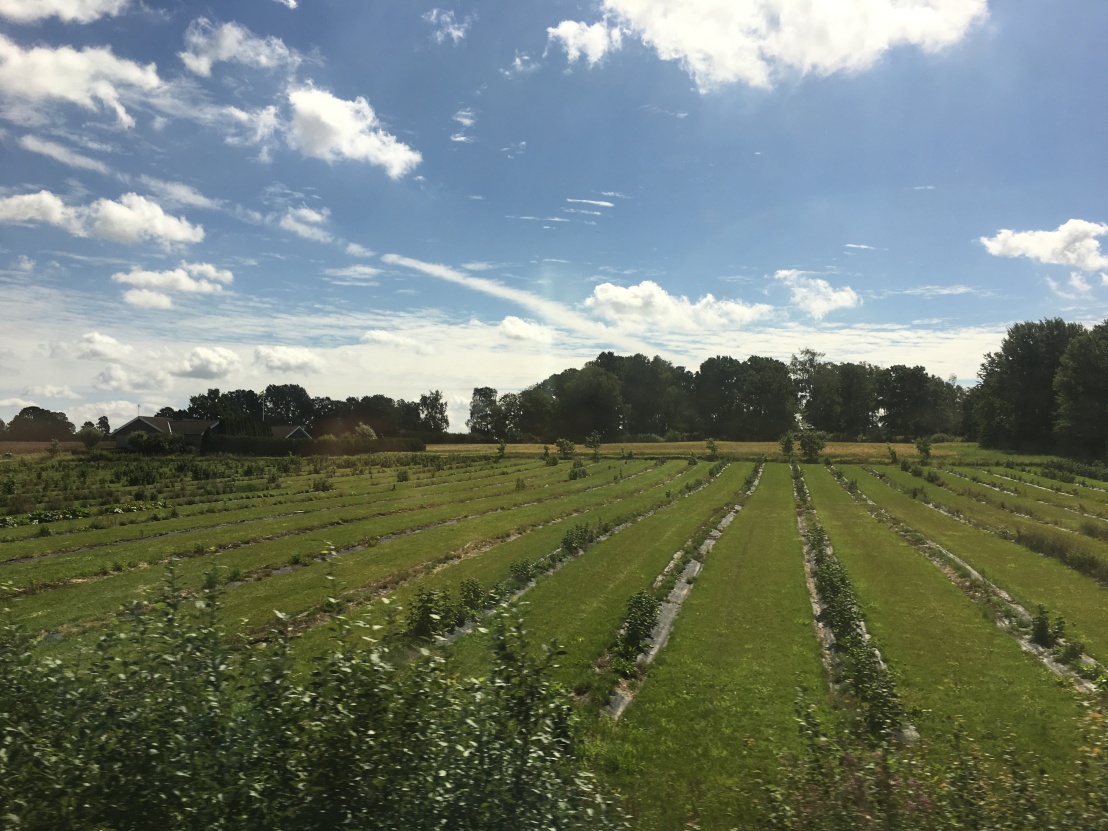 Coming from the city, we sometimes forget what the wide open country looks like. Beautiful sprawling pastures, lush green forests, and calm clear lakes and ponds. You can almost smell the fresh air even inside the high speed train as it dashes through the scenery.

And the train is so quiet, it’s very easy to take naps or have quiet conversations. For the most part, it is a very smooth ride, but there was some side to side jostling later in the trip out. I assume this was because we were at a higher rate of speed to make up some lost time. There are frequent stops at most of the major towns to pick people up and drop others off.

Then you’ll cross the Øresund Bridge. The bridge runs nearly 8 kilometres (5 miles) from the Swedish coast to the artificial island of Peberholm in the middle of the strait. The crossing is completed by the 4-kilometre (2.5 mi) Drogden Tunnel from Peberholm to the Danish island of Amager, then on to Copenhagen.

For us, the relaxing and scenic voyage on the train is part of the enjoyment of the trip

2 thoughts on “The Train”