Definitely one of our more laid back days. And we deserved it! Slept in a little, and had a late breakfast. It was nice to slow down a little bit. I know, poor me, wha, wha, wha. Anyhow, we were docked at Libourne, France, which is where we departed from on our bicycles at around 1pm. 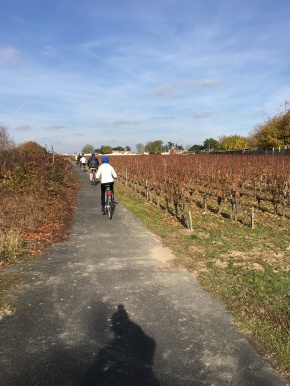 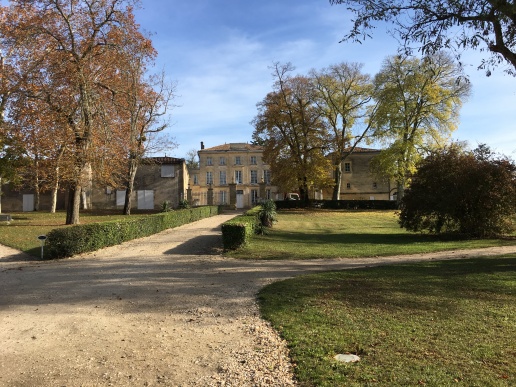 What’s nice about bike tours is that you can penetrate deep into the mainland, but you get a view of an area that other tourists just don’t get to see from a car or a bus. We really hit the back roads on this one, and even got to eat some grapes right off the vine. I had always thought wine producing grapes didn’t taste very well, but these were actually juicy and delicious. Think about what just happened for a second. A bright, sunny day, riding a bicycle on the bumpy back roads of France, stopping to eat some freshly picked grapes right off the vine! Wow. 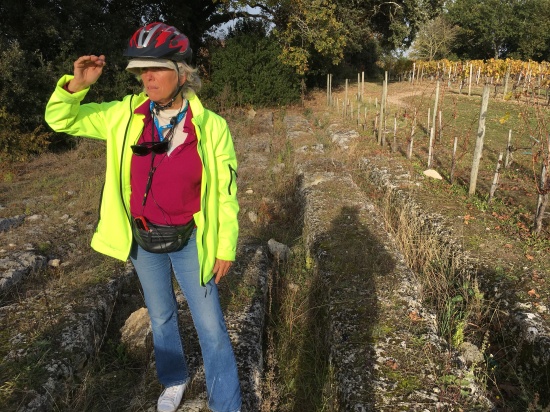 Along the way, we would stop so that our guide could give us information about significant landmarks or historical sites. Plus I think she maybe wanted to give us a rest. 🙂 This particular site is of the ancient trenches built by the Romans, probably around 50 B.C. This is the technology they used for controlling the vines and irrigation to produce grapes they used for making wine. And here it is, just sitting out here in the middle of this vineyard, essentially the middle of nowhere. You would never see things like this without a local professional guide. 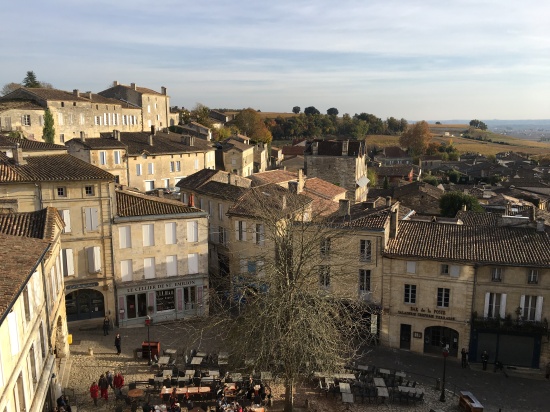 We worked our way up some fairly hilly terrain (phew, glad I don’t smoke anymore) to the magnificent medieval town of St. Emilion.  This is the same name of the famous wine appellation that you will see on some french wine. Don’t worry, I’ll be giving a wine lesson later. 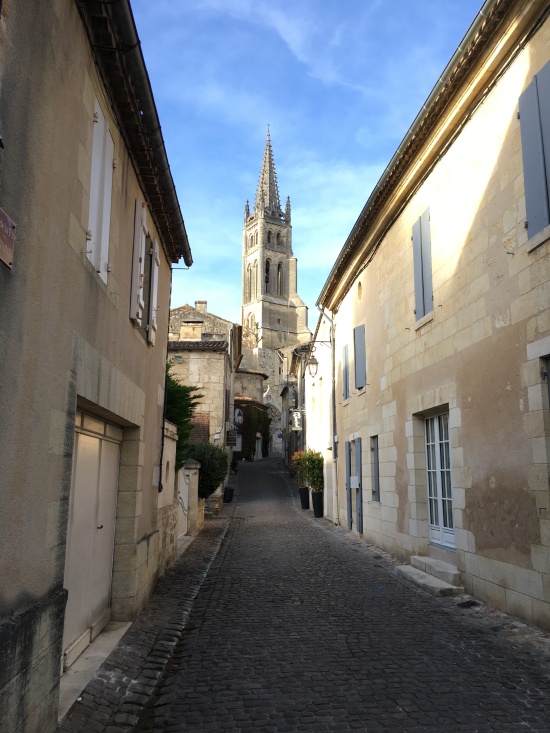 Saint Emilion was an 8th century monk who left Brittany to seek refuge in the caves of Ascum bas. He wasn’t actually a saint then, haha. His goal was to become a hermit, but he managed to develop something of a following over the years. He and his fellow monks worked the lands to produce wine, utilizing the caves beneath the city as cellars. He became very well known in the area, with his fame extending beyond his lifespan. In the 9th century, the town of Ascum bas was changed to Saint-Emilion.

This is one of those towns you definitely want to spend some time wandering around and enjoying the local shops. Some of the local wineries are represented right here in town, so you can even go to a tasting or two if you wanted. Beware, it is a tad hilly in some places, and others are near 45 degrees angled! We really enjoyed this town. There is a lot to do and see, so we would very much like to come back here again.

From there we were bussed back to our beloved ship, the Amadolce and once again enjoyed a lovely dinner and a relaxing evening aboard the boat. On some evenings, we had a lecture from an onboard wine expert, which was very educational and informative. This was, of course, accompanied by a tasting.